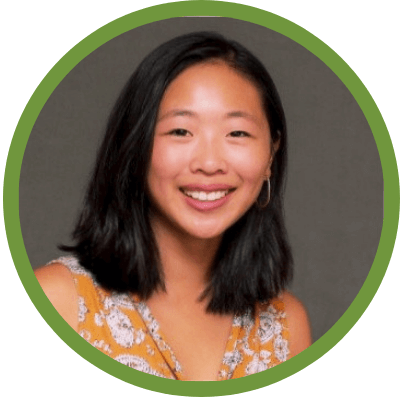 One of the things that makes AVIA so special is that many AVIAns are driven by a deep purpose and passion for bettering the healthcare industry, rooted in their life experiences. The Rooted in Purpose blog series highlights some of these stories. Today, we hear from Chrissy Foo, Senior Analyst at AVIA’s Digital Impact Hub, about her background and what sparked her passion for healthcare and DEIB work.

Tell us a little bit about your background

Much of my identity is tied to my family, so that’s where we can begin. My parents have played a huge role in my journey, helping to shape me into the woman I am today.

My mom grew up in Guangzhou, China, and moved to Brooklyn with her family when she was 15 years old. When she moved here, she spoke very little English – she would bring her lessons home from school and translate them into Cantonese so she could learn them there. On top of school, she also worked multiple jobs and took care of her three younger siblings.

My dad grew up on the outskirts of Chinatown in New York City with his two younger siblings and parents who had moved from Shanghai. He had to grow up faster than most kids, which I think is true of a lot of children of immigrants. For example, he started helping his parents with taxes when he was a boy because he was fluent in English.

My parents met at Columbia University and worked as engineers before moving to Westchester, NY, where they raised my sister and me. One lesson they taught me implicitly was that jobs don’t have genders. My mom is an ambitious businesswoman who worked full-time, commuting to the city every day like many of my friends’ fathers. Each year she would push me to ask for a raise, even when I worked a minimum-wage job during high school. My dad has a great career, but also acted as my sister and my primary caretaker. He picked us up from daycare, made us cupcakes for school birthdays, and ensured there were first aid kits everywhere we went. It was really powerful for me to see that example growing up.

What was it like growing up as Chinese-American in Westchester?

My school was ~92% white, so growing up, I found myself confused with my Chinese identity and was wary of standing out. As an example, in 6th grade, a classmate phoned my house and my mom answered before passing the phone to me. The first thing my classmate said to me was, “your mom has such a strong accent!” It wasn’t said with kindness nor curiosity, and I was shocked because I didn’t realize that my mom had an accent at the time. I immediately became defensive and denied it as if it was something to be ashamed of. While it really was a privilege to grow up in Westchester, small happenings like this gave me a level of discomfort that I never truly understood until I left.

Outside of your personal experience, what research have you done around identity?

When I got to college at Northwestern, I started exploring the concept of identity and in turn, my own. I joined the DICE Lab with Dr. Onnie Rogers where we studied identity development in children.

One project I got to work on was centered around the Black Lives Matter movement. Dr. Rogers interviewed kids before and after the movement started to see how children’s racial narratives changed. In 2014, she interviewed a Black 5th-grade boy, and he didn’t have a strong response to the question “what does it mean to be Black to you?” But, when she interviewed him again after BLM began, his response to the same question was:

“It’s hard because it’s the cops that are killing us for stupid stuff. So like, if you think the people that are supposed to help you are killing you, then imagine life in five more years; it’s gonna be like your friends are killing you and then everybody is killing you. That’s what I feel like.”

These interviews forced me to think critically about the BLM movement and the oppressive racial dynamics in our country. It also gave me the chance to think about my own racial identity more.

How do you view your identity as a Chinese-American woman now?

I have definitely been exploring my identity more in recent years. I am continuously learning about the ways in which Asian people face discrimination, through books like Minority Feelings by Cathy Park Hon and the experiences of those close to me. Examining what it is like to be Chinese and also a woman has given me an affinity for other groups who know struggle and resilience, and I’m trying to learn more about their stories as well.

I’m also trying to cherish all there is to celebrate about being Chinese. I’m reminded of the strong women and men in my family who lead very different and fulfilling lives. I look forward to more big family gatherings with all my cousins and our incredible food. Right now my roommate and I are also learning Mandarin which has been a lot of fun!

Shifting gears: what made you interested in working in health?

I was invested in health and healthcare from a very young age. My schools in Westchester were typical high-standard, high-pressure environments, which was a breeding ground of mental health and other issues. I discovered how family trauma can permeate through people’s lives, and how eating disorders can warp reality and deteriorate a person’s health very quickly. After seeing firsthand how fundamental and fragile health is, it was something I began to care very deeply about.

After seeing firsthand how fundamental and fragile health is, it was something I began to care very deeply about.

How does your role at AVIA support your passion for health?

Personal experiences related to health combined with the global health classes I took in college fueled my passion for creating more equitable and effective healthcare, which is what brought me to AVIA. Every day, I work with health systems across the country to help create more high-quality, accessible care.

I also help to lead AVIA’s internal diversity, equity, inclusion, and belonging (DEIB) work, which allows me to contribute to something sustainable and meaningful within our organization and for our Members. I’ve really enjoyed this part of my work.

With the rising number of xenophobic attacks on the AAPI community, what can people do to help?

Upwards of 2 million AAPI people have experienced hate crimes since COVID-19 started, but very few have been established as hate crimes by law. It is absolutely heartbreaking that this is happening to our community, and I encourage everyone to educate themselves and find ways to support the AAPI community. We put together an AAPI resource list that can be referenced as a starting point.