Lending Strength to Those Most Vulnerable

Seventeen health systems have embraced this very sentiment with unified conviction toward revolutionizing care for vulnerable populations in the United States. As participants in the AVIA Medicaid Transformation Project, these health systems are collaborating to discover how digital solutions can pair with changes in their operations to improve specific pain points in care delivery, including areas like emergency department utilization and substance use disorder.

AVIA recently convened a panel of experts—including former CMS Acting Administrator Andy Slavitt—to discuss their passion and focus toward these crucial issues, as well as to shine spotlights on possible solutions. Joining Slavitt on the panel:

Below are featured excerpts from the conversation.
**

On the Sense of Responsibility to Care for Vulnerable Populations

ANDY SLAVITT, Former Acting Administrator, Centers for Medicare & Medicaid Services: There’s got to be a cultural want to do it here. None of the rest of it matters.

I had many times as CMS administrator where people would tell me that they would do stuff if only I would give them a better financial incentive to do it.

And, I told them, “The right thing to do, I’d love to reward you for it, but I will tell you, my changing the financial incentive is not going to be what makes you change the way you care for population. You either have that already, or I’m not going to give it to you.

It’s about the mission in leadership, I think, in the organization. The ability to work together, to prioritize this as a challenge, and to feel empowered to act with others in the community.

On Where to Start and Where to Find Wins

DR. NINFA SAUNDERS, President & CEO, Navicent Health: My general answer is start anywhere. You could start anywhere. If you start trying to overanalyze it, you’ll never get anything done.

We are an industry rich in data. But, nobody really transfers data into information. I think if we could just start in just setting a very simple understanding of the analytics, then you can begin to start anywhere, because what you’re going to find is it’s so endemic, it’s sad.

I’ll give an example one thing that we’ve done. One of the big platform that I’m a really focus on is disparities in care.

Just look at two diagnoses, COPD and congestive heart failure. The disparity in terms of outcome between the Caucasian population and the African-American population is so immense, and yet we’re not paying attention to it. So, my advice: Let’s keep it focused. Let’s start anywhere where we can have a definable platform and then make it pervasive. For us and COPD, when you look at readmission, there was a 30% difference in the readmission rate between African-American and the Caucasian population.

When we started to intervene, we were able to get it to parity, and today we have no disparities on the patients admitted into our organization when it comes to readmission. It took us six months with a very focused approach.

Once we got done with that, we went to CHF, and that took us about six and half months. We’re now going to diabetes.

BRUCE SWARTZ, Senior Vice President, Physician Integration, Dignity Health: Don’t wait for your neighbor to do it, just go do it, and then lead the process. And, when it’s a success, everybody will join along. We have an obligation to be leaders and not followers in this space.

What we started is something as simple as using basic technology that–when I’m discharged as a Medicaid patient—faxes all of my information to all the different agencies that I need to take care of me. The way it used to be, I had to figure it out for myself.

And, so the results we’re having in terms of patient getting the right level of care, patients not winding back up in the emergency room and being readmitted within 30 days has actually proven to be very positive.

SLAVITT: I think people know that there’s an ROI here even though it’s been less explored.

People are making these investments, and we do know that if you invest in interventions so that moms can deliver at nine months instead of eight months, that’s an enormous investment. If you could have a kid have the first three years of their life as a healthy one and it’s with the right start, that is an enormously positive and powerful investment.

I think it is going to be very important for all of us to make sure that we find those returns so that we’re not saying in our decade of teams and in our board meetings, “Hey, can you spend a little of your community money for this?” But you can say, “We should be doubling down on this population.”
**

On the Power of Collaborating to Improve Outcomes

SAUNDERS: We’re the only teaching tertiary hospital in central Georgia where a lot of the patients are coming from southern Georgia. When you think about structure, I could actually sit there and say, “I feel so bad for ourselves. We’re one of 19 states that did not do the exchange. I’ve got ACA reduction, I’ve got reduction from Medicaid, I’m just got wallow in my sorrow and wait for this prince to come up and save me.

Well, the bottom line is no-one’s going to come. And, you’re going to have to be self-aware, self-directed, and take on this project the way you really need to. If we believe that healthcare is local then our responsibility to the region is also local. When I arrived, the first thing I did is look at the space in terms of south Georgia and realized it’s not cohesive.

So, I formed a non-equity collaborative—31 hospitals coming together to define the needs of the community and help ourselves to be self-aware and be self-directed. Today we’re working with different payers on how they can provide a clinically integrated network in particular for those populations that do not have access to care.

DR. MOLLY COYE, Executive-in-residence, AVIA: The power here is trying to take the power of what you’re doing and the role that you play, and leveraging that with 15 different health systems around the country sharing their experiences.

So, if people can learn from you, how you set up the population health management for this, and what you’re doing about social determinants. And, people will learn about how you do the collaborative work together so that it starts to get a little faster, I think that we will really make some headway.
**

On Setting the Vision for Improvement

COYE: Right now we’re in sort of the phase of innovation where a lot of executive team members are resistant and a little bit irritated. They’ve been the victim of pilot-itis, and they’ve seen too many pilots that haven’t scaled, they’ve seen things they liked that didn’t scale, they’ve seen things that would cause too much trouble and didn’t get killed soon enough, and so part of this is to go in and say, “It’s not the technology stupid.” What it IS is care transformation. You have to know where you want to get. Then we back up and say, “How could digital enable that?”

I think we really have to talk about what do we want in areas like behavioral health, where we want everybody to have access without having to go to the ED to get a first diagnosis. We don’t want a 50% of the population never diagnosed. We don’t want 50% of those diagnosed never treated. Those are the things that we can set as our goals.

SWARTZ: There’s a halo effect to all this work. If you can figure out how to handle what is typically known as one of the toughest populations, the rest is going to be easy, and it will all trickle up, which will eventually lower the cost of care.

SLAVITT: One of the things we learned was that people had to say, “We’re not just going to measure cost, quality, and outcomes access points. We’re going to measure the difference between the top and the bottom. And, we’re going to bring the bottom up to the top.” People had to have an attitude of no-excuses … because, as soon as you say, “Well, these patients are harder to take care of,” you’re essentially telling yourself it’s okay to have a 30% worse outcome.

But, if you say, “You know what, I may have to invest differently, and I may need to put more resources here, but I’m going to measure it and make it visible and it’s important.” Then you actually can close that gap. 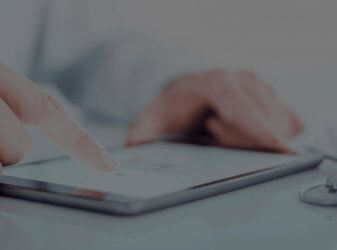